The island of Tasmania is renowned for its pristine wilderness, abundant wildlife, gourmet food, convict history, and wonderful walks. We’ll share the best of all of these with you.

Our tour begins in Hobart, at the foothills of Mt Wellington, a city that offers a contrasting blend of heritage, scenery, and culture, with world class attractions nearby. We’ll explore Salamanca Place, a short walk from the waterfront, with its galleries, theatres, craft shops, and restaurants in 1830s Georgian warehouses and enjoy the food and entertainment of Salamanca Market, Australia’s best outdoor market.

The Museum of Old and New Art – or MONA – is one of Australia’s biggest private galleries. Described by its owner as a “subversive adult Disneyland”, the unique collection includes some of the world’s most thought-provoking and innovative contemporary art.

Visit iconic Cradle Mountain National Park and walk amongst ancient rainforests, glacial lakes, and rugged mountains. Travel to the edge of the Tarkine wilderness and spend a full day cruising the remote Arthur River. Marvel at the rocky granite peaks, abundant wildlife, and pristine waters of Freycinet National Park. Leave civilisation behind on secluded Maria Island, where visitors are limited by the National Park. Explore the UNESCO-listed Port Arthur historic site, then eat your way across beautiful Bruny Island.

Throughout your journey you’ll be taking in the fresh clean air and walking through the iconic landscapes Tasmania is known for, as well as indulging in carefully selected meals that focus on top-quality seasonal produce and local wines. If you look at a map of the coastline of South Australia, you will see that it has three significant peninsulas.

The smallest, Fleurieu Peninsula, is crammed with great dining and wining destinations (it hosts the famous McLaren Vale wine region). It also has a great maritime history, once being the centre of the 1800s Murray River paddle steamer industry. The region boasts incredible natural features, including the Coorong National Park and the Murray Mouth (where the Murray River enters Lake Alexandrina and onto the Southern Ocean).

The middle-sized peninsula, which is similar in shape to the boot of Southern Italy, is our wonderful Yorke Peninsula. The Yorke is known for broadacre farming of high-quality grains including barley, the key ingredient for making beer. The other feature of the Yorke Peninsula is its magnificent coastline. At the “foot” of the Yorke boot lies the scenic Innes National Park. We take advantage of this beautiful coast, staying in stunning beach houses with uninterrupted views over the water to Kangaroo Island. Every Australian should visit this spectacular national park at least once.

The final and largest peninsula is our famous Eyre, known for its amazing seafood and rugged west coast. It is also known for adventure tourism where you can swim with dolphins, seals, and Great White sharks. We will stick to the more genteel sports of eating oysters and tuna, complemented with the odd walk along the deserted white beaches of the national parks and coastlines. Our journey around the Eyre ends at the Great Australian Bight where we will be in time for the annual whale migration season. Each year, Humpback and Southern Right whales (and other marine beauties) head to the upper reaches of the Bight to calve and nurse their young before they head back into the Southern Ocean.

On our Three Peninsulas Tour, we will explore all three peninsulas and feast on the local produce. Our tour begins and ends in Adelaide. 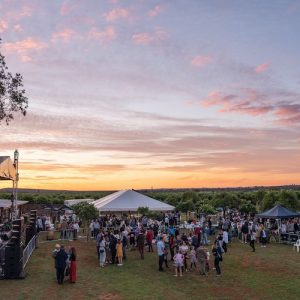 The Sapphire Coast of NSW | October 2022 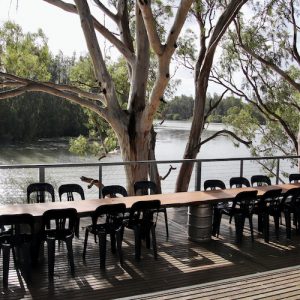