If it’s history, food and unique culture you’re after, these two destinations are a must-see. The Jewish State is a stand out success story with its high tech industry. A comparison of ancient Jerusalem with modern Tel Aviv may leave you scratching your head. Wadi Rum and Petra are Jordan’s two best-known attractions but Jordan has far more to offer.  The people are amongst the friendliest you will meet. Join this tour certainly for the history, but also for the ancient and modern architecture, the natural beauty, the wonderful cuisine and vastly different cultures. Israel - the Jewish State - sits between the Mediterranean Sea and neighbouring Egypt, Jordan, Syria, and Lebanon. It is a small country with a relatively modest population of just over 7 million. The official language is Hebrew, the origins of which are ancient, however, English is widely spoken.

The country was born in 1948 out of post-holocaust WWII. While Israel is only 70 years old, the region’s history is many thousands of years old. Archaeologists have identified and dated agricultural communities existing more than 5,000 years ago. Jews have been living here since the period of Abraham around 2,000BC. The capital, Jerusalem, has been a spiritual home for Jews, Christians and Muslims over the centuries. In the early days of Islam, the Prophet Muhammed commanded Muslims to face in the direction of Jerusalem for their daily prayers.

Over the centuries, all three religions have battled to hold the spiritually important Holy Land. The problem of finding a fair solution to the conflicting and legitimate claims on the Holy Land continues to confound many interested stakeholders. Around 76% of the population of Israel are Jewish and around 16% Muslim. The Jewish population ranges from the secular to the ultra-orthodox. There are over a million Arab Israelis of varying backgrounds and there are 400,000 Christian Israelis also. With the support of some of the West’s major powers, Israel has become a highly successful and wealthy economy and arguably the most developed country in the region.

Israel is well known for its food given its multicultural influence. Eastern European cuisine is evident everywhere as are typical middle eastern dishes. With the help of agricultural technology, you will eat the best fruits available. Most recently, the country has become a world-beating provider of science and technology. Israel is a country that will fascinate. The two largest cities – Tel Aviv and Jerusalem – are less than an hour’s drive from each other however they could not be further apart culturally. Tel Aviv could best be described as California meets Europe. It’s very modern with tall buildings, a thriving shopping scene and skimpy swimming costumes (both men and woman) playing volleyball and swimming in the Med. Jerusalem is far more conservative and with a population of around 100,000 ultra orthodox Jews, you may feel like you are in a movie scene.

The Hashemite Kingdom of Jordan is a small, landlocked nation with the exception of a tiny section of The Red Sea. It is mainly desert with around half of the country’s population living in the capital, Amman. Most of the population are of Bedouin origin. Arabic is the official language but English is widely spoken. Ancient Semitic settlements – more than 4,000 years old - have been identified by archaeologists around the Jordan River. Since then, all the major powers of the region invaded at some stage and the resulting culture is evidence. Originally siding with its Arab neighbours, Jordan now lives in peace with Israel since signing a treaty in 1994.

Wadi Rum and Petra are her two best known attractions and visiting both are essential to any tour of Jordan. However, the country offers far more than this.

The people of Jordan are warn and friendly. They are eager to meet travellers and talk about their way of life. The food is also sensational and Amman is surprisingly modern and western in some aspects. Join our small group tour to

Israel and Jordan – certainly for the history but also for the ancient and modern architecture, the region’s natural beauty, the wonderful cuisine and the region’s different cultures. 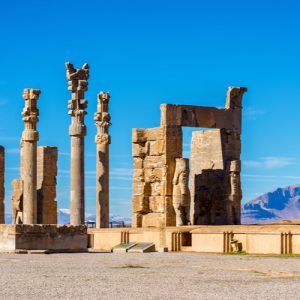