These three counties – Guyana, Suriname and French Guiana – sit on the Atlantic coastline of South America between Venezuela and Brazil. They are all highly multi cultural having fairly recent colonial pasts. With around 80% of the entire region forming part of the Amazon basin, each has a plethora of wildlife with giant anteater, giant otters, jaguars, caimans plus hundreds of other reptile and bird species commonly spotted!  The rarest species of all in this region however, is the tourist!

We wouldn’t normally introduce three counties with a description of where they are on a map of the world. With these three however, it’s necessary because even the savvy travellers amongst us can struggle to accurately name their location. For the record, they sit on the Atlantic coastline of South America in the north, between Venezuela and Brazil.

If you are after something a little different, somewhere that your peers are highly unlikely to have travelled to and somewhere that offers a rich cultural experience different to most, then these three destinations may be just the answer. They each provide indigenous culture with Amerindian history, along with colonial history - mainly Dutch, French and English. African slave labour was used across the region and a strong Indian influence is evident resulting from the plantations of sugar and other crops.  Add the distinctly Caribbean feel and you have a melting pot of people, like no other. Plus being in the Amazon basin, they have tropical rainforests, pristine rivers and wildlife unique to the region. Collectively, they are often referred to as 'The Guianas'.

Suriname was formally called Dutch Guiana up until 1975 but retains close ties with The Netherlands and the official language is Dutch. Tourists, not that there are many, come for the amazing diversity of flora and fauna and the unspoilt landscape. It is the smallest independent nation on the South American Continent with 30% of the country’s 160,000 square kilometres being made up of natural reserves and most of the country – about 80% - being Amazon Basin jungle. With its colonial timber buildings, the Old Town of Paramaribo – the country’s small and charming capital on the Atlantic coast – is UNESCO-listed.

French Guiana is still a region or department of France and technically, not a country. It borders Brazil and Suriname and with a small population of around 250,000, it is slightly larger than our own Tasmania. The national language is French. It is world-renown for the Guiana Space Centre that is now part of the European space industry. It was originally used to test the French rockets in the 1960’s. The country is ethnically highly diverse and is also mostly covered by Amazon Basin jungle. Like her neighbours, there are hundreds of different species of fauna and colourful birds to spot. Tapers, dolphins, sloth bears and jaguars are regularly photographed.

Guyana was a British colony up until 1966 when it gained independence and is the only country on the South American continent where English is the official language. Like her neighbours, Guyana is highly multi-cultural and possesses a Caribbean feel.  The biggest tourist attraction (again, not that there are many tourists) is the Kaieteur Falls which is the world’s largest single-drop waterfall by volume. Over 80% of the country is Amazon Basic jungle with a plethora of wildlife with the giant anteater, giant otters, jaguars, caimans plus hundreds of reptile species and over 800 species of birds!  The rarest of all species however, is the tourist! Grab the camera and join our small group tour. 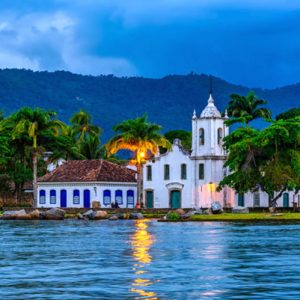 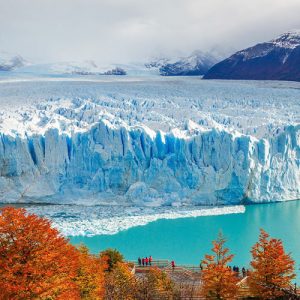 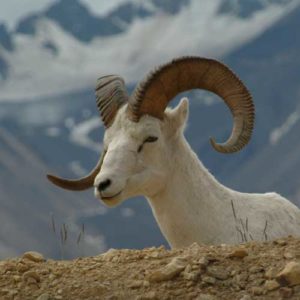