If history and Greek culture are of interest, these three larger Greek Islands are a must visit. Every direction you look will reveal another place if historical significance. In fact, much of the ancient world evolved around this region. Many great powers came, conquered and were replaced with other powers over thousands of years. Many UNESCO-listed remains are still visible today. Visit Crete, Cyprus & Rhodes for the history, but also for the food & wine, scenery, friendly locals and slow-paced lifestyle. There is something undeniably artistic in the way the landscape of Crete unfolds, from the sun-drenched beaches in the north to rugged canyons spilling into a cove-riddled and cliff-studded south coast. In between the valleys, villages are cradled in the landscape and the gorges have a cave where Zeus was born.

Crete’s natural beauty is equalled only by the richness of its history. The island is the birthplace of the first advanced society on European soil, the Minoans, who ruled over much of the Aegean some 4,000 years ago. You’ll find vestiges of this mysterious civilization all over Crete, including the famous “Palace of Knossos” and the legend of the labyrinth of King Minos and the slaying of the Minotaur by Theseus to save the kings daughter, Aradne. At the crossroads of three continents, Crete has been coveted and occupied by consecutive invaders. History imbues the air in the old towns of Chania and Rethymno where labyrinthine lanes, laid out by the Venetians, are lorded over by mighty fortresses and where gorgeously restored Renaissance mansions rub rafters with mosques and Turkish bathhouses. In the end though, it is the people that create the most vivid memories. Crete’s people champion their unforgettable unique culture, customs and time–honoured traditions.

Rhodes is rightly celebrated for the splendour of its medieval architecture and the evocative old town and it is generally considered one of the most beautiful of the Greek Islands. The crusader Knights of St John (1309-1522) called Rhodes home after their expulsion from the Holy Land, and it is their legacy of massive castles and the old town that we enjoy today. Here, according to legend, stood the Colossos of Rhodes, a bronze statue of Helios, the Sun-God, erected in 290BC, standing astride the harbour entrance and one of the Seven Wonders of the Ancient World. Rhodes is a relatively small island meaning access to each area is simple.

The story of Cyprus’ tumultuous past is told through its historic sites, its Roman ruins, its multi-faceted museums and its dusty urban streets. This ease of accessibility is highlighted in Paphos, where one of the most important archaeological sites sprawls like an ancient theme park next to a tourist resort. Experience the intrinsically different Greek and Turkish societies of modern Cyprus, the fractured identity, a passionate people and a culture, landscape and lifestyle that capture the imagination and are full of surprises. The Trudos mountains that run through the centre of the island offer breath-taking scenery. Modern day Cyprus offers wonderful experience for the tourist – history, food and friendly people galore.

Join our Greek Islands small group tour to this fascinating region where the slow-pace of life will surely rub off on you! 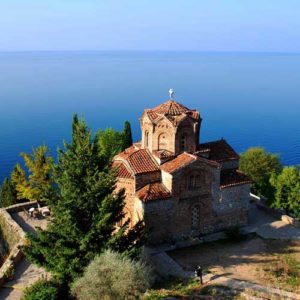 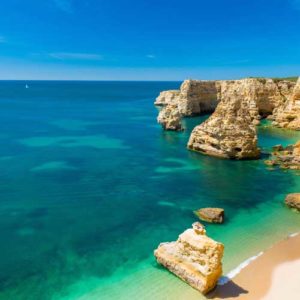 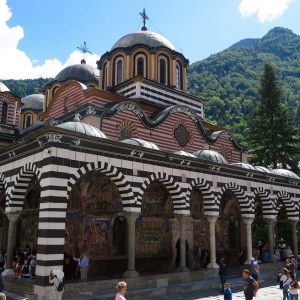